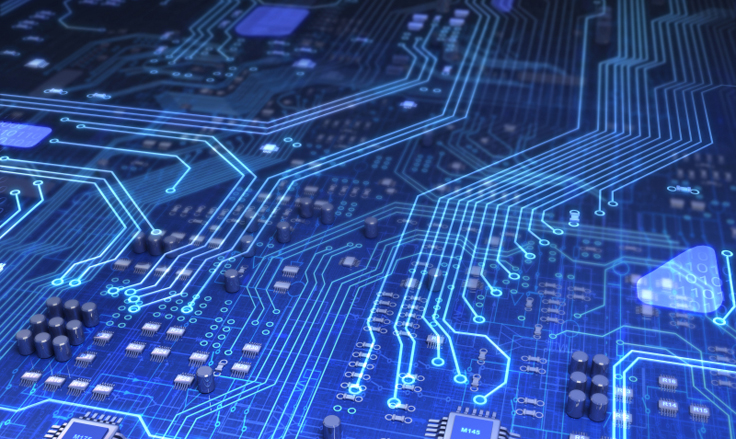 What is MU MIMO and More: About Routers

When it comes to stepping up your router game, understanding “What is MU MIMO?” and other questions about routers may go a longer way than just deciding to increase your network speed…

So, your home internet is slow and it annoys you… Sure, thanks to cache, you’re preventing wasted bandwidth but let’s get real, that’s not a legitimate solution, especially for gaming or streaming.  I don’t have to tell you that your options for ISP’s are  slim.  Unfortunately, this is a reality that all of us have to deal with, as Optimum, Cablevision, and TimeWarner keep fiber optics off the grids that they monopolize.  However, complaining about it doesn’t solve the fact that regardless of ISP, you haven’t used an ethernet cable in years and your family’s obsession with device-hoarding is seriously screwing with your “Stranger Things” streaming game, while you attempt to scoop up free agents off the waiver wire.  You’ve got a Wi-Fi performance problem and it’s got nothing to do with your modem nor your ISP, we’re talkin routers.

News flash, your $60/mo cable service at 50 Mbps download speeds is half-fast, just ask James Hosey.  Unlike him, though, I’m not even talkin’ about your upload speeds.  You might be surprised to find that speed tests show you’re operating well below 50 Mbps downloads and sure, for a few bucks extra, you might be able to kick your service into a higher gear but even if Fios is in your area to boost your upload speeds, upgrades or alternative ISP’s don’t mean jack, johnny, because you thoroughly enjoy wasting money!

You: What is this dude even talking about?

Here’s the deal, you’ve got devices all over the house and none of them are immediately next to your router, because (1) you or your spouse wants to hide the ugly thing, and (2) what’s the purpose of Wi-Fi if you can’t be connected, everywhere, right?  Well, you’re losing performance right off the bat, just because of your router’s poor range, just look at that mediocre signal strength.  Optimal performance is in the middle of your house, and agreeing to that might require a family tribunal.  Additionally, cordless phones and other devices near your router are causing interference and you have no interest in re-configuring your router’s channel, to avoid it (which is a roll of the dice as is).

You: So wait a second, Mike, I’m not moving my stuff, going back to ethernet, and tossing my devices.  Let’s get real, stop wasting my time.  I’d like better internet, please.

Well, aside from signal strength, it so happens that you and all the other devices in the house are also battling for bandwidth in a wireless equivalent of a series circuit, and even though the closest device might take the first ticket, this deli’s serving one item at a time, so get back to the back of the line for your pastrami.  You spent under $100 for a cheap router and you’re paying for it, now.

You: Well, I’m not spending a fortune for a router, Mike, what do I look like, Sheldon Cooper?  Grow up, Peter Pan, Count Chocula!  Also, I don’t understand anything you’re saying, you’re rambling and I KNOW I’m just paying for “brand”, anyway, routers basically all do the same thing.

Wrong, Captain Jack!  There is absolutely a difference in technology and it won’t cost you an arm and a leg.  Think of it this way, if you dropped $10/mo extra, to upgrade your ISP’s speed, you’d be disappointed, because you might only get $3 worth of it and that’s not your ISP’s fault, it’s your router’s.  The cost difference between a top of the line router and the one you’ve got, would get covered by that extra $10/mo after just the first year, to give you a greater ROI (let’s say $8), with no recurring costs down the road.

You: Ok, so you’re saying it’s a better investment to upgrade my router, great, I guess I trust your judgment but how do I know what to buy?

Well, for starters, your router operates on either a single or dual-band frequency that is measured in giga-hertz, as either 2.4Ghz, 5Ghz, or 2.4 and 5GHz (dual).  You’ll see a number like 802.11 somewhere on the box, with the letters that follow it and may be separated by forward-slashes (n, b,g,a, ac).  That is the version of network type that your device supports and much like other technologies advance year-to-year, each generation of wireless comm (network type) standards do, as well.  This network type will define which band(s) are supported by your router.  That network type might also decide whether or not you have to wait in that deli line at all.  You could be serving yourself, buffet style, with 8 arms!

Each of these standards support a user and antenna configuration, which is defined by a hyphenated acronym, such as “SU-MIMO”.  Quite simply, this means “single-user, multiple-input, multiple-output” and as you might guess, there are SISO and SIMO multi-antenna configurations, as well but you’re not going to see those.  MIMO is your deli counter and SU is your single-file ticket line (single user means 1 person at a time).  Version 802.11n supports SU-MIMO, and is the standard that your phones and laptops most likely use.  However, its child, 802.11ac introduced, in 2013, MU-MIMO. So what is MU MIMO? It means the ticket line is no longer single-file, it now may support up to 8 different lines, all at once.  Unfortunately, only MU-MIMO compatible devices can take advantage of this technology, otherwise they’ll simply default back to SU-MIMO.  You’re in luck, because they’re already starting to appear!  The Samsung Galaxy S7, for instance, supports MU-MIMO.  I’d suggest doing some Googling but here’s a start: https://www.qualcomm.com/products/vive/devices .  Long story short, “ac” is newer and cooler but there exist some drawbacks and there’s more than just MU-MIMO.

The network type will also indicate which frequency and bandwidth it supports.  It so happens that AC supports 5GHz frequencies with a whopping 80Mhz and 16Mhz bandwidth, whereas “n” or “b/g/n: might support 2.4 GHz and 5 GHz frequencies with bandwidths of 20MHz or 40MHz, accordingly.  Unfortunately for 8011.ac, the 2.4GHz band is widely used and so, 8011.ac is unlikely to get the advantage of the 5GHz band, to try to better the 802.11n’s range.  As a result, 802.11b/g actually ends up winning the range battle.

That said, it really depends upon what you’re using your internet for but you can easily upgrade your router’s range, for improved performance, with an 802.11b/g network type, at an affordable price, without diving into the costs that an 802.11ac supported device might have.  Alternatively, if you have a ton of modern devices constantly streaming, you could significantly reduce latency with an 802.11ac supported device.  It might cost a bit more but you can also find an 802.11a/b/g/n/ac, which covers all your bases.

At the date of this article (2016), there are a few MU-MIMO products on the market but remember, if you don’t have MU-MIMO devices, you’re years away from being able to leverage their benefits, so don’t waste the money, if you plan to buy a new router in a couple years.  Here are some options to consider, holding ratings of 4/5+ stars on at least 3 major hardware review sites:
[EDIT] If you’re reading this years later, I’ll have a new product listing for 2020 before February!!